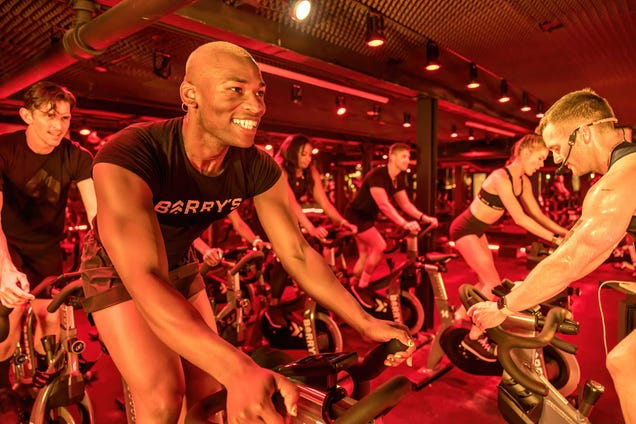 Did Barry just got into the crowded indoor cycling world market

Did Barry just got into the crowded indoor cycling world market

Barry’s rose to fame as a high intensity interval training (HIIT) fitness craze that combines the treadmill with weight training. Now it’s stepping into a different lane with the launch of indoor cycling, even as Peloton, the bellwether for the format, struggles to find its post-pandemic peak footing.

Barry’s new Ride classes are a 50-minute HIIT class, but swap out the original treadmill section of the workout for a bike segment. The workout places Barry’s in closer competition to Peloton, but also other fitness concepts like SoulCycle, Zwift, and countless other spin classes. Barry’s views the new option as a way to reach more potential customers. The lower-impact workout broadens its appeal, said company CEO Joey Gonzalez.

“It’s almost a gateway experience for us and it expands our total addressable market,” said Gonzalez, sharing that a common piece of feedback is that the original Barry’s workout reputation is too intimidating to some.

“One of the most frustrating misconceptions is this notion that you have to get fit to go to Barry’s, when Barry’s is a place where you get fit,” he said.

The indoor cycling concept has launched in just one location, in New York’s Chelsea neighborhood, but may eventually scale to Barry’s wider network of 85 studios in 14 countries.

The company had their eye on indoor cycling even pre-pandemic. Barry’s initially tried to launch Ride in 2019 with two pop-up locations in Los Angeles in New York City. The classes saw good demand and on average 90% of the slots were filled. However, three weeks into the launch the pandemic shut businesses down.

Peloton meanwhile is trying to rid itself of the customer perception that it’s a bike company. It began introducing other products like a treadmill and Guide, a device to stream strength-training exercises—all core components of a HIIT class. Like Barry’s and most fitness brands out there, it is also investing in a library of streamable content.