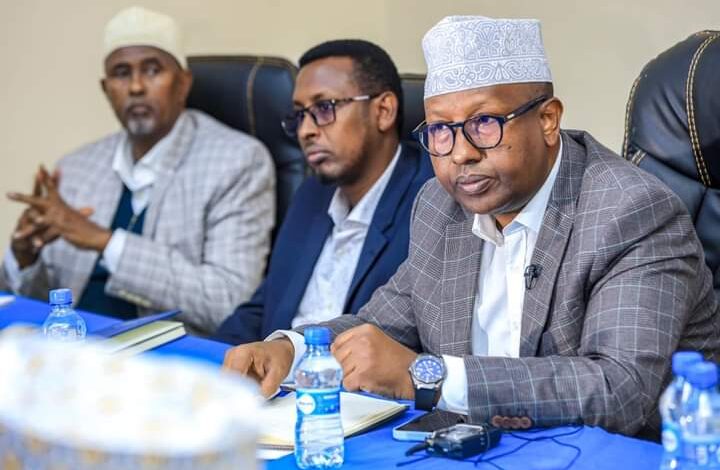 The Minister of Internal Affairs of the federal government, Ahmed Moallim Fiqi, today held a consultation meeting with the traditional elders of Galmudug and discussed their role in reconciliation, stabilizing the areas liberated from Al-Shabaab and alerting them to their conspiracy. before bringing the clans.

The minister highlighted how the terrorist group is planning to unite the communities, he said that during the fight against them, in order to mislead the ongoing liberation, they will put the fight of a community in the area of ​​another community.

Minister Ahmed Fiqi said that there will be a meeting between Hirshabelle and Galmudug which will be held in either Baladweyn or Dhusamareb, and he asked the elders to play their part in the ongoing issues.