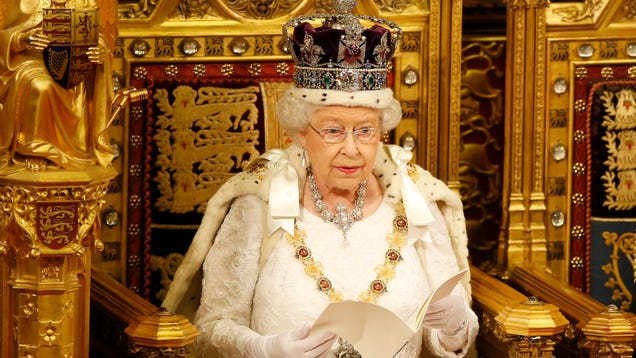 Queen Elizabeth II died at age 96, having served as head of state for the UK and numerous other countries in the Commonwealth for 70 years—the longest-reigning monarch in British history. Like her great-great grandmother, Queen Victoria, she ruled during a period of tremendous social and political change. But Elizabeth presided over the end of the British Empire rather than its zenith.

Elizabeth succeeded her father, King George VI, in 1952, at the age of 25. News of the King’s death took hours to reach Kenya, where the new queen and her husband, Prince Philip, were on a royal tour.

She assumed the crown at a time when society was notably uncomfortable with the idea of women in power. The first female prime minister would not be elected in the Commonwealth until 1960. The young queen had to balance her royal responsibilities with the expectations faced by wives and mothers of her generation. When three of the queen’s four children experienced marriages that ended in divorce in the 1990s, the public speculated that her commitment to her royal duties had come at the expense of time with her family.

Over the course of her reign, the queen blended tradition with modernity, presiding over a monarchy that was both timeless and receptive to a rapidly changing world. She allowed her 1953 coronation to be televised, making a ceremony that was first designed for the Anglo-Saxon King Edgar the Peaceable of England in 973 accessible to the public in their homes around the world. In 1969, she invited documentary cameras into her own home, allowing the public a rare glimpse of the royal family speaking to one another informally. In 1997, the Queen responded to public pressure in the wake of Princess Diana’s death by making her first live-broadcast speech in 50 years commemorating the death of her former daughter-in-law. Now, in the twenty-first century, royal tours and philanthropy are routinely live-streamed and publicized through social media.

Queen Elizabeth II became the most visible and well-traveled monarch in history. But her personality remains an enigma. Her enthusiasm for horse-racing, corgis, and spending time with her grandchildren and great-grandchildren is well known. But her personal views on the momentous political and social changes that she witnessed over the course of her reign are more difficult to determine, as she rarely ventured a personal opinion. (While the UK voted to leave the European Union in 2016, the queen remained so impartial that it took years for her to publicly acknowledge the decision.) This air of mystery has left screenwriters to speculate in productions like the 2006 film The Queen and the Netflix series The Crown on the many conversations that took place behind palace doors, particularly the weekly meetings between the queen and her British prime ministers.

The influence of the queen’s parents and grandparents provides the clearest evidence of her worldview. Throughout the history of the monarchy, adult heirs to the throne were often in conflict with their parents. But the queen had a close relationship with her family, and learned from their example. Her father, George VI, was the first monarch to become head of a Commonwealth of equal nations and took a close interest in the development of this organization. As queen, Elizabeth attended most Commonwealth Heads of Government meetings over the course of her reign, and displayed a commitment to keeping this organization together. Queen Elizabeth the Queen Mother was the daughter of Scottish aristocrats, the earl and countess of Strathmore, and the queen remained close to her Scottish heritage, encouraging Scots to “think very carefully” about leaving the UK at the time of the 2015 referendum.

The Queen’s grandparents, King George V and Queen Mary, also displayed a lifelong commitment to public service. When Queen Elizabeth said on her 21st birthday that she would devote her whole life, whether it was long or short, to the service of her people, she was following in a family tradition. She was also influenced by her husband of more than 70 years, Prince Philip the Duke of Edinburgh, who died at age 99 in 2021. Philip supported the queen in her public engagements and helped modernize the monarchy by making royal engagements and philanthropy more accessible to the public. At the time of their fiftieth anniversary in 1997, the queen stated that her husband had been, “quite simply, been my strength and stay all these years.”

How will Queen Elizabeth II be remembered? In the 1950s, there was talk of a “new Elizabethan” era. But there have been t