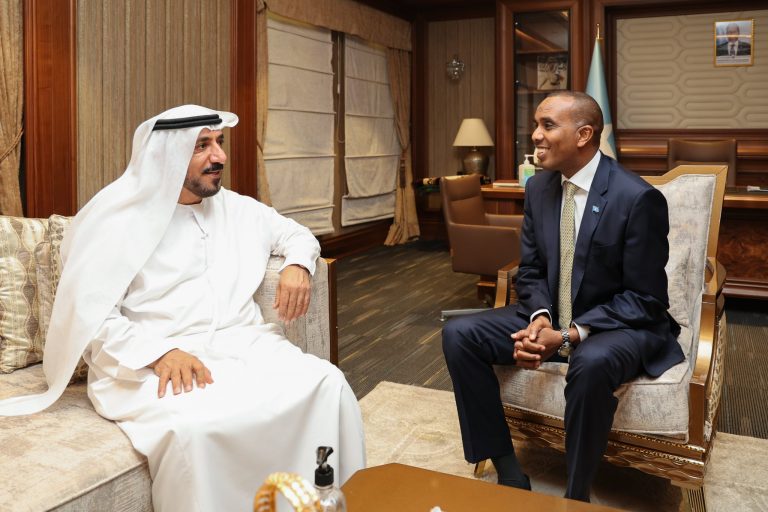 The Prime Minister of the Federal Government of Somalia, Mr. Hamza Abdi Barre, received in his office the Ambassador of the United Arab Emirates to Somalia, Mr. Mohamed Ahmed Al-Osmani and they discussed the relations between the two countries.

On his part, the UAE ambassador thanked the Prime Minister for the valuable welcome, saying that the UAE government and its leadership are ready to support Somalia in various areas such as drought relief, security, development and economic infrastructure.