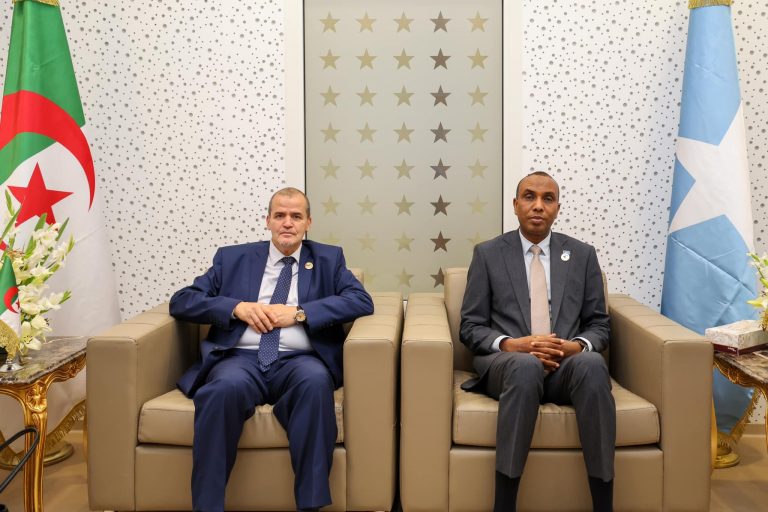 The Prime Minister of Somalia, Mr. Hamza Abdi Barre, who is in Tunisia, had a special meeting with the Minister of Trade and Industry of the Algerian Government, Mr. Kamel Rezig.

Hamse Barre and the Minister of Trade of Algeria discussed the strengthening of relations between the two countries and how Algeria can help Somalia to support the world.

Prime Minister Hamse Abdi Barre, representing the Algerian government, conveyed a message to the President of the Republic, Mr. Hassan Sheikh Mohamud, to deliver to the Algerian President.

The Minister of Trade of Algeria has promised to help the Somali Government in the fight against terrorist groups as well as in drought relief.