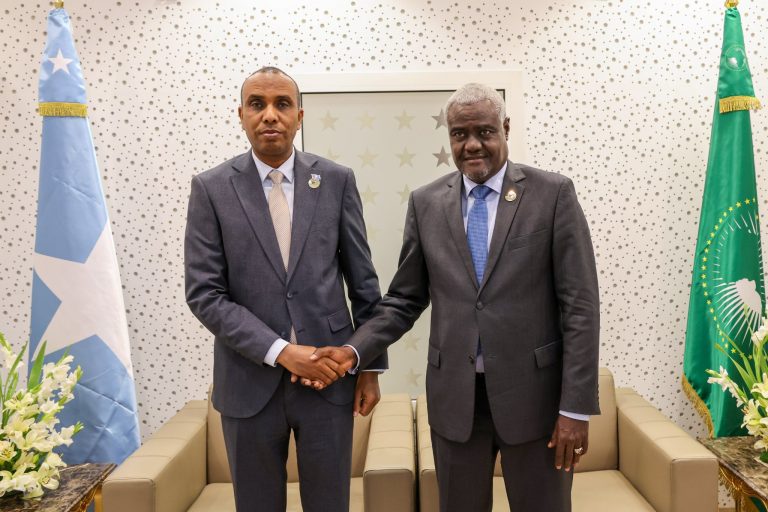 The Prime Minister of the Federal Government, Mr.Hamza Abdi Barre met in Tunis, the Chairman of the African Union Commission, Mr.Moussa Faki Mahamat.

The African Union has thousands of troops in Somalia who are currently working in ATMIS, and these troops have been seen in the past as those who did not go beyond their camps and did not give much help to the government forces.

The Visit To Tunisia

The Prime Minister of Somalia, Mr.Hamza Abdi Barre, who is in Tunisia, had a special meeting with the Minister of Trade and Industry of the Algerian Government, Mr.Kamel Rezig and the Chairman of the AUC Mr.Moussa Faki Mahamat.

Hamse Barre and the Minister of Trade of Algeria discussed the strengthening of relations between the two countries and how Algeria can help Somalia to support the world.

Prime Minister Hamse Abdi Barre, representing the Algerian government, conveyed a message to the President of the Republic, Mr.Hassan Sheikh Mohamud, to deliver to the Algerian President.

The Minister of Trade of Algeria has promised to help the Somali Government in the fight against terrorist groups as well as in drought relief.