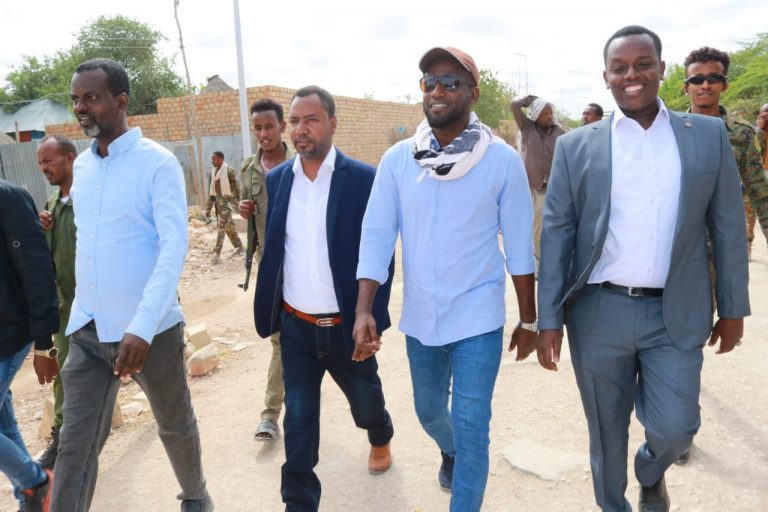 Officials of the South West administration went on a business trip to Berdale district in Bay region today, and during the trip they were observing the different conditions in that district.

When these officials went to Berdale, they met with the district administration, army officers, traditional elders and different sections of the community in the district, and they listened to different reports.

The minister and the governor of Bay region also met with the officers of the Darwish army in Berdale, and discussed with them how to register the army and get their rights.

The Governor of Bay, Abdifitah Biyano and the officials who accompanied him also laid the foundation stone of a new school to be built by the local community, and the Governor of Bay said that they will help the community in the construction of the school.

Bardale district is one of the districts affected by the drought and conflicts in the South West, and soon the district is expected to have a new local council, after the old council expired.