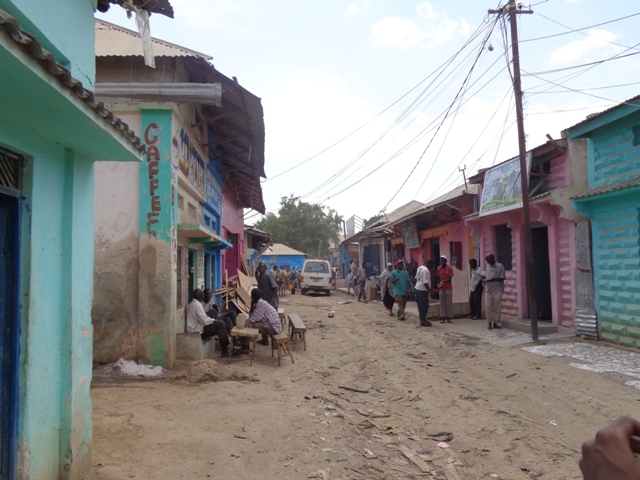 Five people were killed in a wedding ceremony in Afgoye

Five people were killed in a wedding ceremony in Afgoye

More details are emerging from a shooting that caused death and injuries last night at a wedding ceremony on the outskirts of Afgoye in the Lower Shabelle region.

Reports say that armed men opened fire on people in a house where a wedding was taking place in Adayley village under Buulalow area.

It has been confirmed that at least five people died in the incident, while nine others were injured, who were taken to the general hospital in Afgooye district.

Local sources told us that the group that carried out the attack escaped from the scene, and it is not clear until now the official reason behind the incident.

Security forces have also arrived at the scene and started operations in the vicinity of Afgooye district, looking for the men behind the act.

There is no word yet from the district authorities and security officials regarding the incident and the ongoing operations.

This incident surprised the local residents, as the wedding ceremony turned into a scene of sadness, as it resulted in death and injuries.

Most of Afgoye and its surroundings are often affected by insecurity and attacks by Al-Shabaab forces who are still active in the Lower Shabelle.

However, it was recently when an armed man opened fire on people in a house where a wedding was taking place in Qolali area under Aabudwaq city in Galgaduud region, resulting in death and injuries.