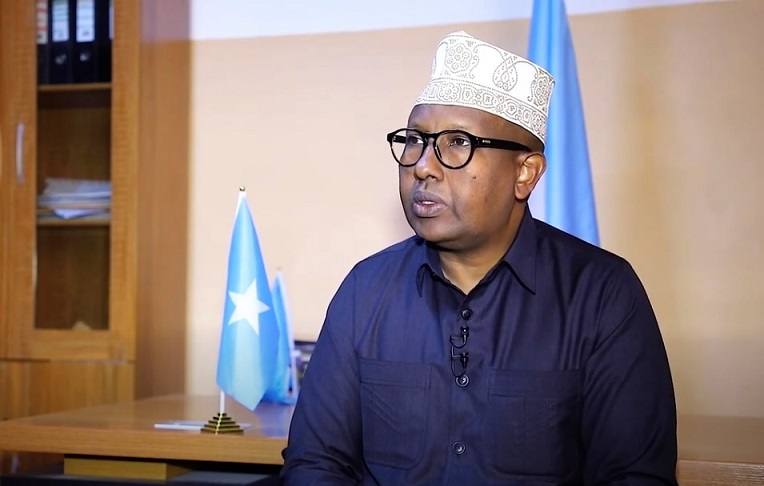 Somalia’s Interior Minister Ahmed Macalin Fiqi has sent a message to the Al-Shabaab group, asking them to sympathize with the Somali people in their areas who are facing difficult situations.

Fiqi asked Al-Shabaab directly to transfer the aid to the people living in the areas where they are in the regions of the country, in order to save the lives of those people.

He described them as cruel men, but he did not give up on sending this message, he gave an example of the behavior of men including Mahad Karatay who recently appeared in the media.

“Al-Shabaab is of course Somali people, born from a troubled nation. They claim that they are looking for something based on the Islamic Sharia. Let me convey my message. I have seen men including Mahad Karatay who are presenting themselves to the needy nation by eating meat from him.” said Minister Ahmed Macalin Fiqi.

Fiqi stressed that Al-Shabaab should accept this request and that they should not divert the donations intended to be delivered to the people affected by drought in the areas controlled by this group.

“We want the Somali people to receive the donation we have intended for them, and this year it will be known that these men are bloodthirsty people, when they have something, they look at it when they are hungry,” said Fiqi in an interview with the government media.