Will the next UK prime minister please step up?

Will the next UK prime minister please step up?

Conservative party members concluded voting for their next leader—the UK’s next prime minister—on Friday (Sep. 2). The winner will be announced on Monday and will join outgoing leader Boris Johnson the following day in meeting the Queen (at Balmoral castle in Scotland for the first time, to account for the 96-year-old’s health) to receive her mandate to form a government.

An eight-week leadership campaign between Rishi Sunak, the former Chancellor of the Exchequer who broke ranks with Johnson, and Liz Truss, the Foreign Office minister who stayed, focused mostly on taxation and Conservative party values. But it offered little in terms of concrete plans to steer the country through a worsening cost-of-living crisis.

The UK recorded a 10% inflation rate in July, higher than the eurozone and the US. Johnson refused to take any meaningful action to address mounting energy costs during his lame-duck summer, saying it was a task for the next prime minister, but nonetheless tried to tie his successor to a costly nuclear plant project as one of his last acts in power.

With climbing, inflation, various workers are demanding adequate salary rises, and employers’ reticence to match pay to inflation has sparked strikes across sectors: mail, rail, harbors, even the courts. Meanwhile, staff shortages plague the National Health Service, which has been hit hard by the covid pandemic and its repercussions.

Liz Truss’s main focus is on taxation, but Brexit looms

Truss, who is ahead in the polls and is all but assured of a move to 10 Downing Street, has not published a detailed policy plan. But she has repeatedly pledged to cut taxes. Some economists argue that reducing taxes will worsen inflation and increase interest rates, doing little to alleviate people’s struggles, but Truss also expressed frustration with mainstream economic thinking.

While the next prime minister’s focus is urgently required on domestic issues, Brexit remains an issue Johnson’s successor won’t be able to let lie. The EU recently filed a legal complaint alleging that the UK isn’t implementing border checks as stipulated in the Northern Ireland protocol, a document dealing with the issue of how to manage a border between the Republic of Ireland and its northern neighbor.

Truss isn’t a fan of the protocol, and is seeking to change it, an uphill battle on multiple fronts: at home, where any edits will need parliamentary approval, in Brussels, and, less publicly, with the US, whose representatives raised concerns about making unilateral changes to the protocol.

One of Truss’s challenges comes from within her own party. She may receive the backing of a majority of Conservative party members but lose to Sunak in terms of preferences from sitting Conservative lawmakers. Calling a general election soon is a risky move, as the opposition Labour party has a clear lead in the polls. It would also delay urgent government action needed to deal with the looming healthcare and energy crisis. But if the next UK prime minister doesn’t step up to the challenge, heading to the ballot box will be all but inevitable. 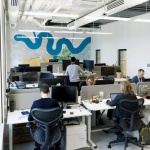 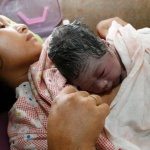 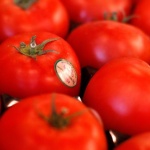 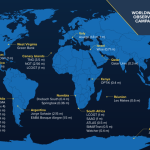