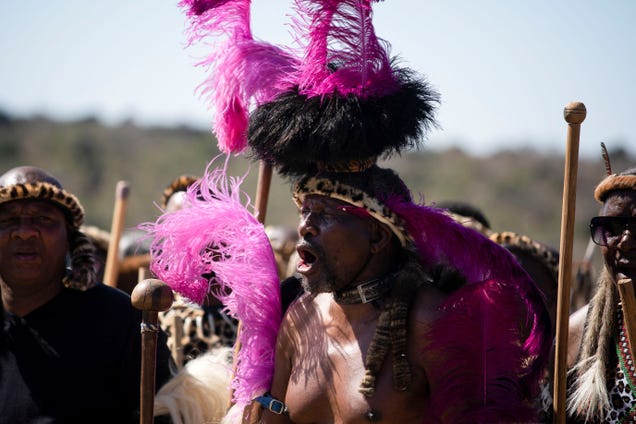 Duolingo, the US ed-tech firm that specializes in teaching the world how to speak different languages, has now added South Africa’s Zulu language to its catalog.

But rather than focusing on exam fees charges on e-learning sessions, it is partnering with local telco Vodacom which will enable its 45 million subscribers access the language training for free.

Sam Dalsimer, Duolingo’s global head of communications tells Quartz that the focus is on the consumer language learning market and by expanding courses to more diverse languages, Duolingo expects to help more consumers access online markets in their native languages.

“For this Zulu course launch, we partnered with Vodacom to offer free access to the language learning app for Vodacom’s customers in South Africa,” Dalsimer says. The partnership will see Vodacom make Duolingo a zero-rated app in the country, and eliminate data costs to e-learning.

The importance of the Zulu language

Zulu is the most widely spoken native language in South Africa, with has some 11.5 million home speakers and making it an additional language of instruction on Vodacom’s mobile services is set to popularize it even more.

But developing the Zulu learning course was no mean feat. It came with a unique set of challenges and its learning scientists had to collaborate on the app with course contributors from Nal’ibali, a South African literacy organization, to develop ways to teach Zulu concepts. “This is due to Zulu’s distinct three-click consonants, fifteen noun classes, and the way Zulu words consist of smaller word parts put together,” Dalsimer says.

Many online businesses in Africa could be losing out on consumers who prioritize their native language or those who find English and French too complex on mobile user interface, especially in rural areas, despite owning smartphones and affording mobile internet. To penetrate segmented markets, the use of local languages comes in handy.

In its cultural awareness initiative, Duolingo has trained over 139 million learners in the world in 39 languages since its establishment in 2011. Zulu, which currently has 32,000 learners on Duolingo’s platform is the second African languages to be added after Swahili which has 433,000 learners. Swahili, with over 200 million speakers, has been adopted as an official language by 16 African countries.

Xhosa, also South African is expected to be the third language on the catalog of African languages despite Yoruba, and Igbo (Nigeria) having more native speakers. Zulu and Xhosa are part of the country’s 11 official languages, and share a similar grammatical structure—a combined market of 23.4 million people.

Tech has a role in cultural preservation

While Meta is deploying AI to translate 55 African languages, Dalsimer said Duolingo only uses AI to “adapt and personalize lessons for each learner” because it wants to use real humans to create course content. “We have used tech to help revitalize indigenous and endangered languages including Irish, Scottish Gaelic, Hawaiian, and Navajo.”