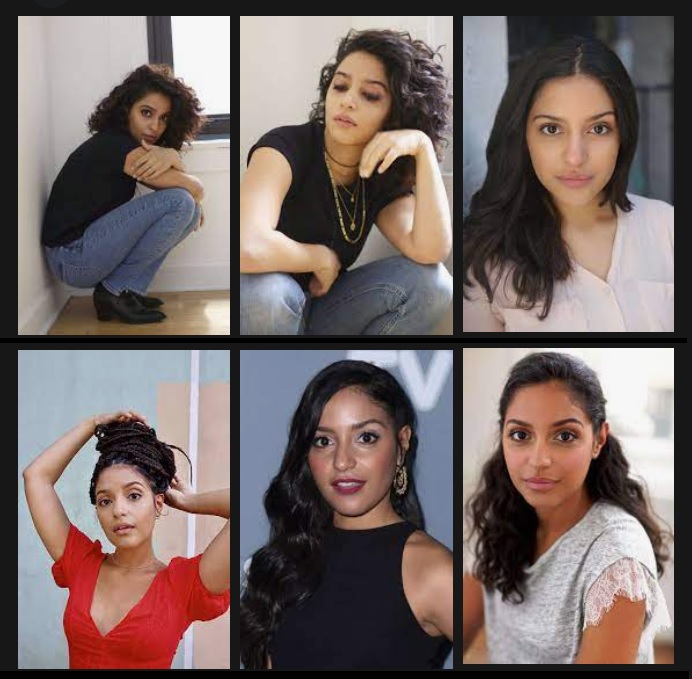 Coral Peña plays Anna Cruz in NBC’s newest spy drama, The Enemy Within. She sat down with Hidden Remote exclusively to talk about what to expect from her and why she loves this character.

The Enemy Within quickly cemented itself as a spy drama to watch. With plenty of twists and turns, there is something for all. Coral Peña quickly made a mark as Anna Cruz, a character who initially needed saving but things were not all they seemed.

Peña sat down with Hidden Remote to share, exclusively, what she loves about the character and why she wanted this role. She also teases some of the things to come.

Hidden Remote: I loved Anna in the pilot episode of The Enemy Within. I’ll admit, I jumped to the conclusion that she’s a spy.

Coral Peña: I totally get that! How did she get saved out of all people?

HR: I love these types of shows, so jumping into this line of thinking is normal for me.

Pena: Oh, I’m the most paranoid, suspicious viewer. I will have 400 theories before the ending, so when one happens, I’m like, “I knew it!”

HR: Can you tell us a little about Anna?

Peña: I’ll try to give as much info without spoiling. As we see in the last episode, for some reason, Anna is working with Tal. She was unfortunately behind the bombing.

What we see throughout the season is just how, especially because she’s so young, how someone gets caught up in spy work. I remember talking to [The Enemy Within creator] Ken Woodruff about some of the reasons why she would be a spy – psychological, personal – and it is explained. Anna’s reasons feel personal.

Anna lives and breathes being a spy, so you’ll see she’s 100% herself in the action. When she goes home, she’s by herself and she doesn’t really have anyone.

It’s so hard to share much. Every episode has so much information!

HR: With such a short season, there isn’t time for filler. Every episode will have something big to break down each week. Do we get her backstory, as well?

Peña: Yeah, you will. It is a short season – I think it’s 13 episodes – and it moves really well for that reason. People’s motives are explained in organic ways. You’ll definitely get the juicy details.

HR: What was it about Anna and The Enemy Within that drew you into this character and storyline?

Peña: I feel like women don’t get to play characters like this in general, especially a young woman. That was really amazing.

One of my friends, Miranda Otto, had a character like this on Homeland and I remember talking to her about it. She was talking about how exciting it is to play a character playing other people. When this landed in my lap, it was my chance to do that. I love a shapeshifting character, whose motives aren’t clear, but we know she’s passionate about something.

HR: It is exciting. There aren’t enough female characters like this on TV. Then at the same time, you have Erica, who had her own reasons. Will we get to see Erica and Anna play off each other, especially as they’re both spies but for different reasons?

Peña: Yeah, something that plays out eventually is that Erica got caught. Obviously, Anna can’t tell anyone who she is, unlike Erica, who can now. That’s a really great dynamic between the two. How do they talk?

It’s interesting with Erica, too. Although she explained why she did what she did, part of you will wonder if she can be trusted. It feels like no one is every fully guilty or innocent because you don’t know what the truth is. It’s a really great dynamic to play.

HR: A lot of fans will remember you as Mariana Stiles from 24: Legacy. Were there any similarities or differences between the two characters that have helped you play Anna?

Mariana wanted to be a team player but didn’t really know how to. Anna knows how to get into a group and get information, but she doesn’t want to be part of it.

They were so different that, I guess, was helpful.

HR: It must be nice for an actor to play different roles.

Peña: Oh yes! I was so excited to get this role because this was my chance to show a different side of myself. It’s funny, too, because if you look at me in 24, I couldn’t look further from myself. I love a character to be different from me, so I loved doing that again.

HR: Do you have any other projects coming up that you can talk about at all?

Peña: I do, but I don’t think I can talk about them right now.

HR: I’ll end with an easier one. What would your dream role be if you could do anything?

Peña: I’ve said this before but I’ll say it again. My dream role would be to play a Bond villain. I don’t want to be hot and sexy. I want to just be bad.

HR: You’re one step there with Anna.

Peña: I know! This is me running for Bond Villain Character #5!

What do you hope to see from Anna in The Enemy Within? Did you guess she was the spy? Share your thoughts in the comments below.

The Enemy Within airs Mondays at 10/9c on NBC.