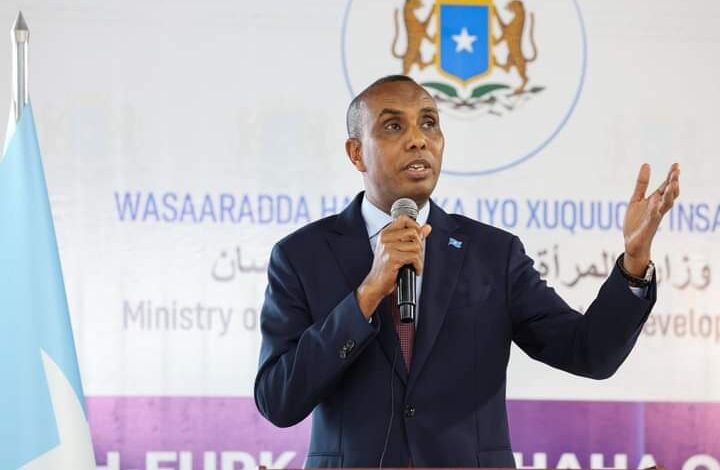 The Prime Minister of the Federal Government of Somalia, Hamse Abdi Barre, spoke about this morning’s war that the government forces carried out in areas of the Middle Shabelle region.

Prime Minister Hamse said that today the forces destroyed Al-Shabaab’s court in the area of Basra between the borders of the two regions of Middle and Lower Shabelle.

Mr. Hamse indicated that the Army will continue the operation to remove Al-Shabaab from their areas in the Shabelle Region.