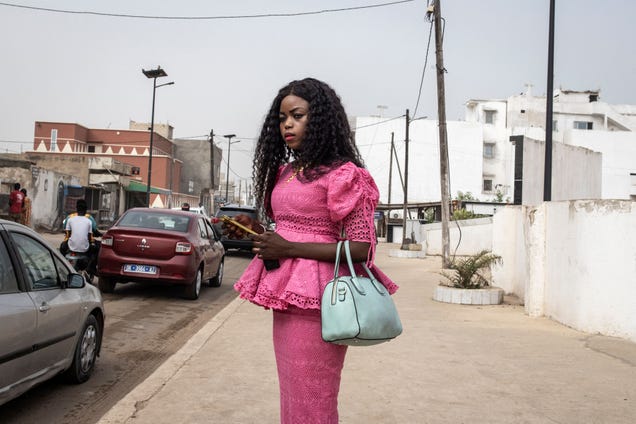 Senegal: The Ride-hailing apps make first foray into The Country

Senegal: The Ride-hailing apps make first foray into The Country

The old yellow cabs that whizz around Senegal’s capital city of Dakar are hard to miss. Beckoning at oncoming traffic, passengers compete on street corners to secure themselves a ride. Unlike many other African countries, ride-hailing apps are not yet common in Senegal.

Tech has been slow to take off in the former French colony—a general trend for Francophone Africa compared to Anglophone equivalents. But this is beginning to change as several startups make inroads into the untapped market over the last year—and the competition is heating up.

Malick Diagne, Heetch’s country manager, tells Quartz Africa that Senegal has evolved into a prime market for the rapid expansion of ride-hailing apps.

“We were thinking about entering Senegal in 2019—but the market was not ready for it. The timing is good now—we are seeing a switch from analog to digital. More and more people are going digital with smartphones.”

Heetch and its competitors are all targeting middle class Senegalese citizens and expats. The price of a trip varies in comparison to local cabs—some journeys are more expensive, some are cheaper. But the startups hope to tap into the demands of a globalized demographic that prioritizes convenience, traceability, and safety over price.

“We are not here to revolutionize the market, we are here to modernize it,” said Diagne.“We are trying to make sure that Senegalese people have different options when it comes to mobility.” The executive says that as Senegal is an early-stage market, ride-hailing companies are not stuck in a race to the bottom to offer cheaper rides and win over customers.

The market of around 18 million people is big enough for each company to grow comfortably. Heetch’s main value proposition is the way it communicates with its customers, Diagne says.

“Our team is very young and we know how to resonate with a younger Senegalese demographic.”

More than 20,000 people have downloaded the app since Heetch launched in January—with the expectation to double that number by 2023.

One of the main problems, however, is recruiting drivers. Many of Senegal’s traditional cab drivers do not own smartphones and some do not speak French, which is the language used on the apps. There is also hesitancy among local drivers who do not see the need to use technology when they have worked independently for years. For this reason, Heetch sets up workshops to train its drivers how to use smartphones at its office in Dakar’s upper-class neighborhood, Les Almadies.

Around 1,000 drivers have signed up so far, but not all of them are active. “A lot of people come because they are curious to see what we are doing. But some of the drivers come, download the application and then don’t use it. It’s a whole different type of work for them, they are used to being in the car and having passengers flag them down,” he says.

The lack of active drivers means that it takes multiple attempts for users to secure a ride—which dissuades customers from returning to the service. Lengthy wait times is a common problem for all ride-hailing apps in Senegal.

Lamp Fall, a Heetch taxi driver in Dakar, says that he was persuaded to join the company by a friend who said he could make more than $30 a day.

“I have been working as a taxi driver for more than 10 years. I didn’t believe it, but you can make more money as a Heetch driver than in a normal taxi.”

Another issue is the lack of demand as internet and smartphone penetration remains low in the west African country compared to global averages. In January 2021, internet penetration was 46% compared to the global average of 62.5%. This feeds into the wider dynamic that tech-enabled solutions have not yet taken off in Senegal like some other African countries. App-enabled solutions to shopping, ordering takeout, and moving around cities are not commonly used.

Majorie Saint-Lot, head of Uber in Ghana and Côte d’Ivoire, says that both markets were initially more attractive to the San Francisco based company in terms of digital preparedness than Senegal.

“There are clearly gaps and differences in digital adoption between different markets. We’ve been in Ghana now for six years, we entered that market as the first mover. We haven’t been in Côte d’Ivoire for as long but there is 60% smartphone penetration in Abidjan. We are always keen for upcoming innovative cities to partner up with and roll out our services.”

She adds that Anglophone countries in west Africa tend to be more technologically advanced than Francophone nations. In 2019, Uber opened its first office in Francophone Africa in Côte d’Ivoire—as a trial run for other French-speaking countries. In the first year, Uber has logged more than 50,000 riders who use the app to commute to and from work.

Though there are no immediate plans for Uber to start operations in Senegal, Saint-Lot says that the firm is aggressively targeting Francophone Africa for expansion. As Senegal and Côte d’Ivoire are the economic powerhouses of Francophone Africa, it is likely that Senegal will be next.

Ecosystem moving in the right direction

Diagne from Heetch says that recent activity in Senegal’s tech sector has kickstarted the country’s digital transformation. In 2021, Senegal-based Wave raised $200 million in a Series A round to rollout mobile money services across the country.

It was the biggest Series A ever raised in Africa and Wave became Francophone Africa’s first unicorn—with a valuation of over $1 billion. The company was able to wrestle more than 50% market share from competitor Orange in less than three years.

“People saw what Wave did with mobile money and concluded that anything is possible,” Diagne says. “If you asked a lot of people whether this would have been possible three years ago, they would have said absolutely not. Today Wave is very much in the hearts and minds of Senegalese people because it has made their lives easier.”