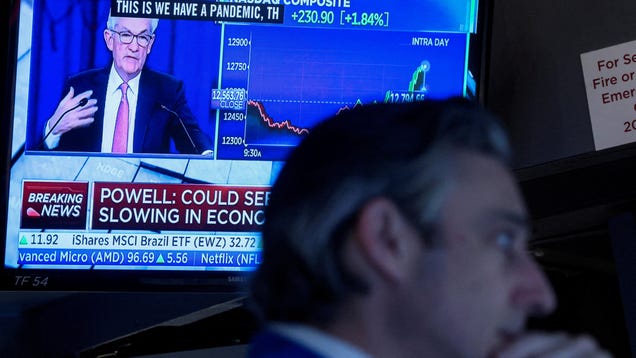 Is the Fed slowing down the US’s booming job market?

Is the Fed slowing down the US’s booming job market?

The US economy continued to add jobs in August, but at a slower pace, giving the US Federal Reserve an opening to temper its interest rate hikes.

The report should appease economists worried that the Fed’s aggressive hikes would derail the jobs recovery. Combined with other recent indicators, including a slowdown in inflation, the jobs data increase the chances of a soft landing, a slowing of economic activity and decline in prices without a recession.

The report is the sixth month to beat economists’ expectations. June and July were both revised down by 105,000 jobs and 2,000 jobs respectively, so the three month average for job growth declined to 378,000 jobs per month versus 437,000 before.

Strength across the US labor market

A spate of other labor market indicators show the labor market remains resilient amid recession woes and rising interest rates.

Despite layoff announcements in tech, a survey put together by executive outplacement firm Challenger, Grey, & Christmas shows the number of job cuts dropped by 21% in August, while employers’ plans to hire increased by 65%. Employers also added 200,000 more job openings in July while 3.1% of workers in the private sector are still quitting and finding new jobs, according to data from the US Bureau of Labor Statistics.

In a survey of more than 400 of its members, the Minneapolis Fed found that most employers were planning to keep hiring through the next six months.

Inflation, meanwhile, is expected to be flat or possibly negative in August, increasing the Fed’s chances for cementing labor market gains while bringing down prices.

“Still to come this month, key measures of inflation, which will also help set the table for [Fed officials] eager to raise interest rates,” said Mark Hamrick, senior economic analyst at personal finance website Bankrate, in an email. “How much they’ll prescribe this month remains to be seen, but a rate hike is very much on the agenda.”