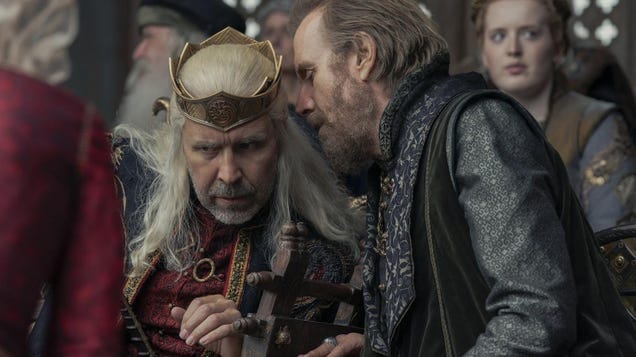 The Lord of the Rings: The Rings of Power is finally out – and HBO wants you to know that Amazon Prime Video’s not the only streamer with a new fantasy show available to watch right now. In fact, to celebrate the launch of The Rings of Power, HBO has released the entire first episode of House of the Dragon for free on YouTube.

If you’ve been unable to watch House of the Dragon, which is only available on HBO and HBO Max in the US, then here’s your chance to see what all the fuss is about. The premiere is an excellent slice of television that perfectly fits into the universe of Game of Thrones. The second episode, which is available on streamers, has not been released for free. Unfortunately, this looks to be US only – the episode was available in the UK on YouTube, but that’s no longer the case.

HBO releasing the episode on the exact date that Lord of the Rings: The Rings of Power debuts is essentially a move straight out of the Game of Thrones playbook. In fact, it wouldn’t be a surprise to learn that somehow Littlefinger’s behind the release, such is the audacious devilry in the move. We knew things could get heated between the two fantasy shows – both wildly expensive prequels debuting within days of each other – but this is quite wild.

Either way, it’s a great time to be a fantasy fan. Our critics have enjoyed both House of the Dragon and The Rings of Power, both premieres getting four stars, though for very different reasons. House of the Dragon is a bloody, adult-aimed show that’s essentially Succession with dragons, telling a tight tale about the Targaryen family as different members vie for the Iron Throne. The Rings of Power, meanwhile, is a family-friendly sprawling story that features over 20 characters in Middle-earth.

For more on both shows, check out our guides to the House of the Dragon release schedule and The Rings of Power release schedule, so you know when to expect new episodes. There’s a lot to keep track of.