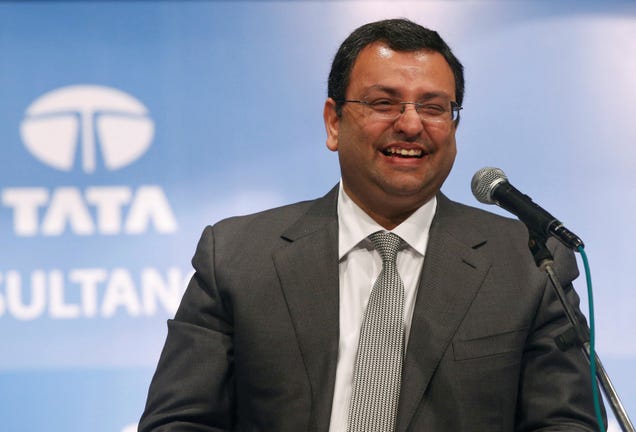 Cyrus Mistry, who headed Tata Sons before being ousted, dies in a car crash

Cyrus Mistry, who headed Tata Sons before being ousted, dies in a car crash

Cyrus Mistry, the head of India’s Shapoorji Pallonji Group and a former chairman of Tata Sons, died today (Sept. 4) in a car accident near Mumbai.

There were four people in the car. Mistry, along with one more person, died on the spot. The two others were moved to a hospital, the police said.

Who was Cyrus Mistry?

The 54-year-old Mistry headed the Tata group, one of India’s biggest business conglomerates, between 2012 and 2014.

He was the younger son of business tycoon Pallonji Mistry. Mistry began his Tata stint in 2006 at the age of 38, replacing his father who retired from the company’s board.

In 2011, he was made deputy chairman of Tata Sons, to eventually succeed the then-chief Ratan Tata who was nearing retirement.

However, Mistry’s tenure ended abruptly in October 2016, following a long period of corporate intrigue and bad blood. He was replaced by N Chandrasekaran.

A “big loss” to Indian commerce and industry

Condolences poured in as news of Mistry’s demise broke out.

Prime Minister Narendra Modi called it a “big loss” to the world of commerce and industry.

The late businessman’s friends and fellow industrialists termed the tragedy “hard to digest” and referred to Mistry as a “man of substance.”

“I got to know Cyrus well during his all-too-brief tenure as the head of the House of Tata. I was convinced he was destined for greatness. If life had other plans for him, so be it, but life itself should not have been snatched away from him. Om Shanti,” said industrialist Anand Mahindra.