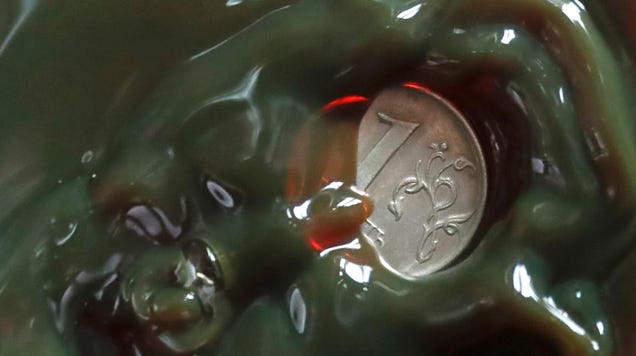 Asian countries may enjoy even lower Russian oil prices than the rest of the world.

Asian countries may enjoy even lower Russian oil prices than the rest of the world.

The G7 countries are seeking India’s support to enforce the Russian oil price freeze. But Moscow seems to be a step forward. Russia is now ready to supply oil to India at an even lower rate than before, The Business Standard reported today. Marvel has unveiled its

“In principle, the question is whether India should support the G7 proposal. A decision on this will be taken later after discussions with all partners,” the newspaper quoted a foreign ministry official as saying. .

Canada, France, Germany, Italy, Japan, the UK, and the US make up the G7. They are seeking to choke off Russian crude oil revenues used to finance the war in Ukraine.

In June, Russia became India’s second-largest supplier of crude oil after Iraq. India relies on imports to meet 85% of its petroleum needs.

Russia’s share of India’s oil import basket has risen from 1% in February – before the war in Ukraine – to 18% in June 2022. India has cut back on Russian oil as many countries cut off trade with the country and oil prices fell. happened to

Russia discount bonanza in India
In May, supplies from Russia were priced at $16 cheaper than the average barrel of Indian crude oil imports of $110. All in all, Russia has so far reduced its oil sales to India by $30 per barrel.

This eventually forced Iraq to drop its price below $9 a barrel in Russia. However, in August, Russian crude oil cost $6 less than the average barrel of Indian crude oil imports, Business Standard reported.

However, India has long felt the need for alternative sources of crude oil supply in West Asia.

The G7 is pushing to impose tariffs
The G7 proposed two prices for selling Russian oil, one each for crude and refined petroleum. While the crude comes into effect on Dec. 05, 2022, and the other goes directly to February 05, 2023, when the European Union will ban Russian oil production.

India said it will consider all aspects before making a decision.