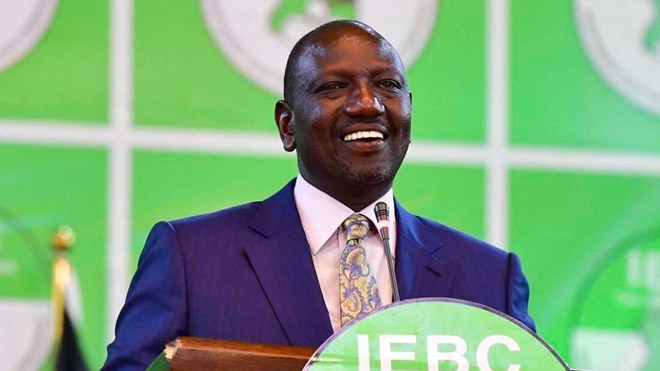 The African Union has welcomed the decision of the Supreme Court of Kenya to validate the election victory of William Ruto as president-elect.

The seven judges of the Supreme Court on Monday unanimously dismissed a petition challenging Dr Ruto’s victory as announced by the Independent Electoral and Boundaries Commission three weeks ago.

And the African Union said it congratulates Dr Ruto for the victory and the pledge to respect the court’s decision by his opponent Raila Odinga.

“My warmest congratulations to President-elect Dr William Ruto on being declared the 5th President of the Republic of Kenya upon the confirmation of the election results.

“I also wish to salute the leadership of Raila Odinga for respecting the Supreme Court ruling,” said Moussa Faki Mahamat, the chairperson of the African Union Commission.

Intergovernmental Authority on Development (Igad) Executive Secretary Workneh Gebeyehu also congratulated Dr Ruto and said the end of the electoral season was “a victory for all Kenyans and people of our region.”

His message followed one from Zambian President Hakainde Hichilema, who said he hoped Ruto’s presidency would enhance their ties.

“Congratulations to Dr William Samoei Ruto, on being declared 5th President of the Republic of Kenya. [I] Look forward to working with Your Excellency William Ruto to strengthen and enhance historical good relations between and based on our shared priorities for our two peoples.”

But Western allies refrained, only praising Kenyans for holding peace during and after the election but called on aggrieved parties to use law courts instead of streets.

Vicky Ford, the UK Minister for Africa, Latin America and the Caribbean, congratulated Dr Ruto and said she looks “forward to working with to strengthen our strategic partnership.”

“Kenya and its leaders can be proud of the example it has set to the world: following a calm, peaceful and transparent democratic process.”

Germans praised Kenyan courts for handling the petitions “in an impressive way.”