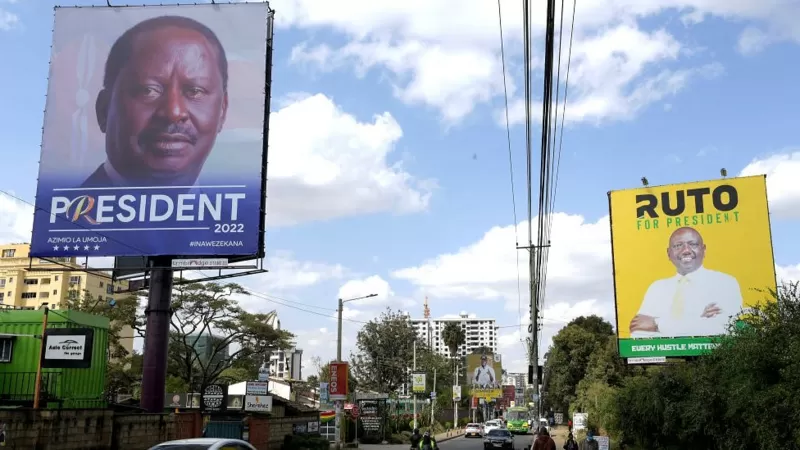 The latest news on the preliminary results of the Kenya election

The latest news on the preliminary results of the Kenya election

The preliminary results of the Kenyan presidential election showed tough competition between the two main candidates for the position of outgoing president Uhuru Kenyatta.

The elections are an important test for the stability of East Africa’s largest economy after two of the last three elections have been marred by violence over allegations of corruption.

The two candidates are very close to each other in the votes counted so far, amounting to 1.2 million votes, making it more than 49% each.

The Independent Electoral and Boundaries Commission, IEBC, has released images of more than 90% of the election result forms, which were collected from 46,663 polling stations.

The commission said it believes 60% of the 22.1 million registered voters cast their ballots.