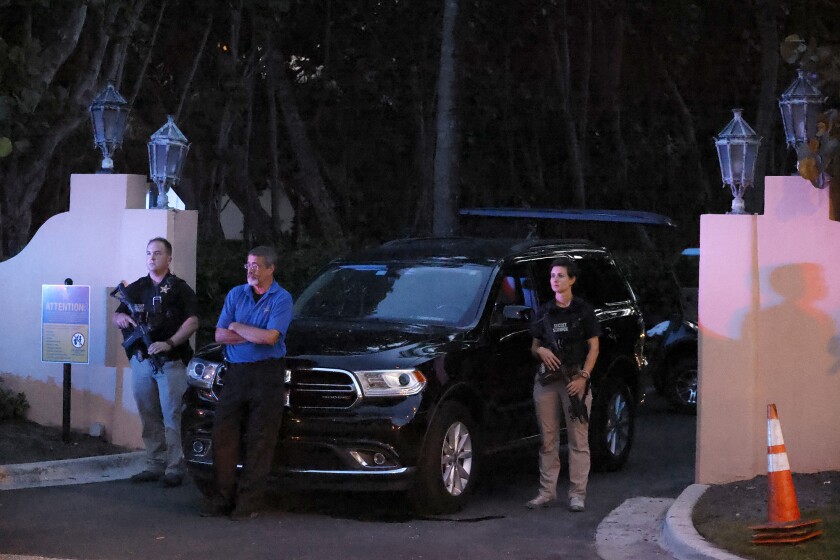 The FBI entered the home of the former President Donald Trump.

The FBI entered the home of the former President Donald Trump.

Former US President Donald Trump said that FBI agents had “intruded” on his Mar-A-Lago home, which he called “an act of prosecutorial misconduct.”

“This is a dark time for our nation, as my beautiful Mar-A-Lago mansion in Palm Beach, Florida has been raided by a large FBI team,” Trump said in a statement. – a press release posted by Truth Social.

“It’s an act of prosecutorial misconduct, a weaponization of the justice system, and an attack on the far left of the Democrats who desperately don’t want to run for president in 2024,” Trump said.

The situation surrounding the investigation into Trump’s secret remains unclear. However, FBI sources have confirmed that they have conducted a search at the American home.

Reports also say that the FBI had a warrant to search Trump’s home.

U.S. Justice Department spokeswoman Dena Iverson said the agency had no comment when asked if Attorney General Merrick Garland had ordered the investigation.

“After working with the appropriate government agency, this unannounced attack on my home was neither necessary nor appropriate,” Trump said.

The investigation comes as Trump prepares to relaunch his bid for the presidency in 2024.

The Justice Department is examining a cartridge of classified documents that Trump took to Mar-a-Lago after his presidency ended.

The Department of Justice was informed by the National Archives and Records Administration, which said it had found 15 secret boxes that were delivered to Trump’s residence.

US federal law prohibits the transfer of classified documents to unauthorized locations, although Trump could argue that, as president, he is the last person to declassify documents.

Some American media reported that the FBI’s investigation is related to that.

Trump was also facing an investigation related to the possibility of his role in the January 6, 2021 attack on the United States Congress, where protesters who were among his supporters entered.