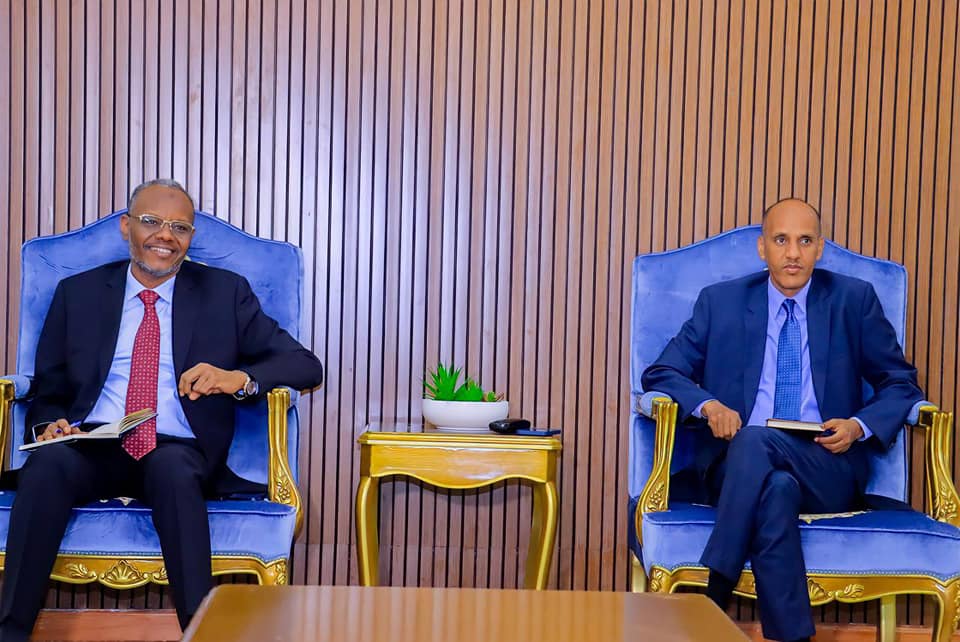 The President, who was accompanied by the President of the Somali Regional Government Mr. Mustafa Cagjar, members and other officials, focused their meeting on security cooperation between the two nations, supporting the army that is participating in the fight against al-Shabaab terrorism and working together on social integration.

President Laftagareen thanked the people and the authorities of the Somali regional government for their brotherly welcome and their determination to strengthen cooperation in ensuring the security of the two borders.

The heads of the South West administrations and the Somali regional government of Ethiopia discussed and agreed on many issues, the most important of which was the agreement on the fight against Al Shabaab.