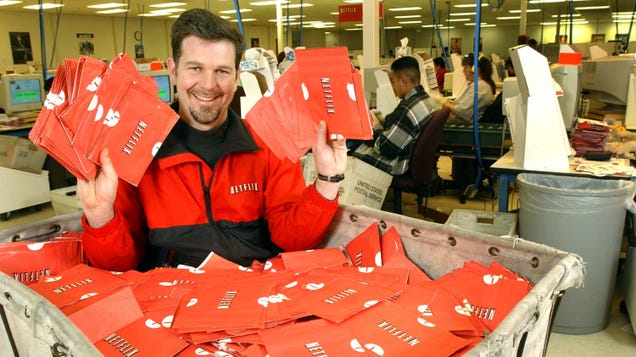 This week marks the 25th anniversary of the launch of Netflix. Starting in 1997 with a subscription service that used envelopes packed with digital video discs (DVDs), the company launched its website the following year. Its now-ubiquitous streaming service started nearly a decade later, in 2007.

For older Netflix users, this history is well known. But for streaming’s coveted Gen Z viewer demographic, the history lesson—detailed in a new video made by the company to commemorate its unlikely rise—suddenly imbues Netflix with the same kind of kitschy retro vibes that have led to booming vinyl sales, a new appreciation for decades-old film franchises, and an embrace of 1990s fashion.