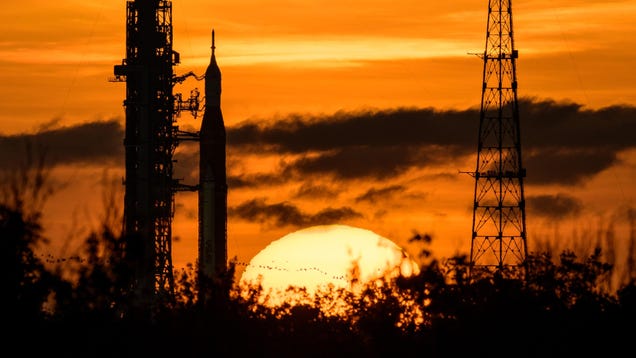 The next attempt to launch NASA’s Artemis 1 test mission to the Moon will be on Sept. 3—if the agency is willing to take a risk with the incredibly expensive rocket sitting on the Kennedy Space Center launch pad.

The rocket missed its first chance to launch after one of its four main engines didn’t get cold enough. The rocket uses hydrogen and oxygen to propel it into space, stored as liquids at temperatures hundreds of degrees below freezing. If that superchilled propellant entered a too-warm engine, the thermal stress might lead it to crack and fail.

After a day poring over data from sensors all over the Space Launch System rocket, the rocket’s manager, John Honeycutt, and the launch director, Charlie Blackwell-Thompson, said they suspected a faulty sensor rather than a real problem with the engine itself. They couldn’t find anything different about the engine that didn’t reach the correct temperature.