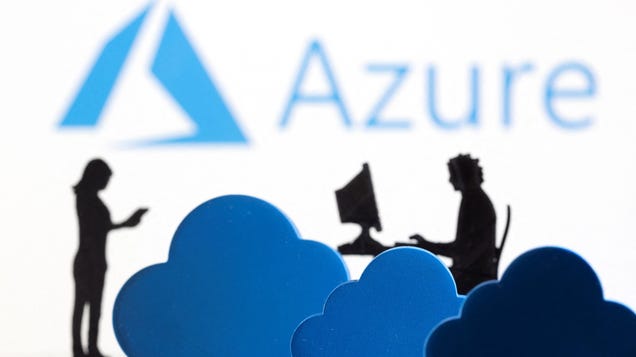 Microsoft’s recent changes to its cloud contracts aren’t going down well with other tech behemoths.

Microsoft has decided to amend the terms of its licensing deals, making it easier for customers to run Microsoft software on cloud platforms beyond its own Azure. According to Microsoft, the changes “will enable new scenarios for how they can license and run workloads with infrastructure outsourcers” and are due to go into effect starting Oct. 1.

But Microsoft likely doesn’t care what its rivals think—the plans aim to win over EU antitrust regulators. They are yet to react.

On Feb. 1, 2010, when Microsoft launched Azure, it was among the trailblazers in the sector. Amazon Web Services (AWS) debuted much later in 2006, and Google Clouds in 2008.

While 95% of Fortune 500 companies use Azure, maintaining a stronghold hasn’t been easy for the service. AWS has quickly climbed to the top of the chart.

Complicating matters further, Microsoft has been hit with a litany of complaints in Europe. In 2019, EU antitrust regulators launched a probe into the Washington-based firm after several smaller European competitors complained that Microsoft’s licensing terms made it prohibitively more expensive to run Microsoft software such as Office on cloud platforms other than its own Azure.

Microsoft’s move is meant to appease these critics, but drew ires from other tech giants.