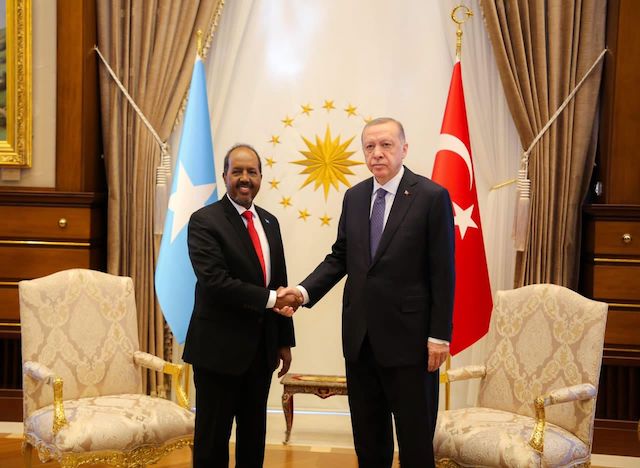 Erdoğan made a promise to Hassan Sheikh after a telephone conversation

Erdoğan made a promise to Hassan Sheikh after a telephone conversation

Erdogan emphasized that Turkey will continue to stand by the Somali people and support the peace and stability of Somalia.

The telephone conversation between the two presidents comes less than a month after President Hassan Sheikh Mohamud met with the Turkish President in Ankara and the two leaders reached various agreements.

Turkey is an important ally of Somalia and trains Somalia’s special forces. It also supports the budget of the federal government of Somalia.

Ankara currently trains thousands of special forces, including the military and police, at the TurkSom base, Turkey’s largest base abroad.

The Turkish government has implemented various projects in Somalia, the most important of which is the construction of roads that pass through the capital of Somalia, Mogadishu.