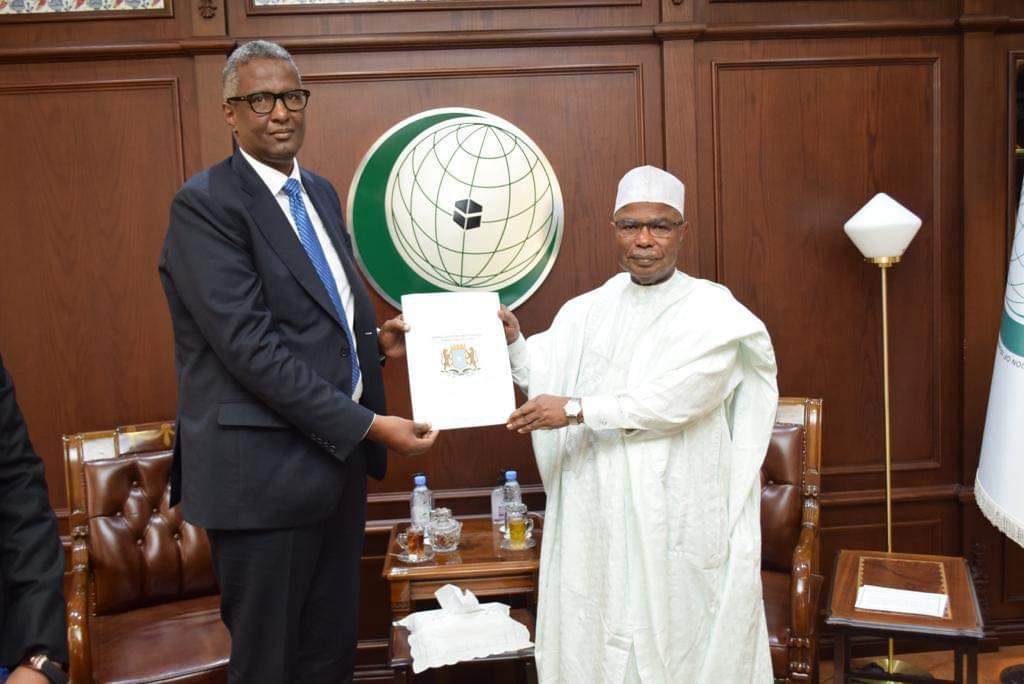 A message from President Hassan Sheikh to Hussein Daha

A message from President Hassan Sheikh to Hussein Daha

The special envoy of the President in charge of Humanitarian Affairs and Drought Emergency, MP Abdirahman Abdishakur Warsame signed a letter from the President of Somalia HE. Hassan Sheikh Mohamud delivered to the Secretary General of the Organization of Islamic Cooperation HE. Hussein Ibrahim Daha.

At the meeting between the two gentlemen at the headquarters of the Organization (OIC) in the city of Jeddah in the Kingdom of Saudi Arabia, the envoy informed the Secretary General about the extent of the severe drought in Somalia at the moment, sharing the best way to Islamic countries can participate in drought relief.

The Secretary General of the Organization of Islamic Cooperation has expressed concern over the effects of the drought on the Somali people, noting that it is committed to the implementation of the resolution issued by the Forty-Eighth Session of the Foreign Ministers of the Organization of Islamic Cooperation (OIC) earlier this year. held in Islamabad which was the support of Somalia.

The delegation and the Secretary agreed on measures to speed up the drought relief, and to raise awareness about the drought situation in Somalia.

Somalia was one of the founding members of the OIC, which currently consists of 57 countries, and has always had a high position on the Organization’s agenda, which itself has actively participated in the ongoing efforts to seek re-establishment. Somalia achieves peace and stability and stands fully on its own feet.