The Chairperson of the African Union Commission, Moussa Faki Mahamat, has congratulated Hassan Sheikh Mohamud on his election as the new President of Somalia.

He praised outgoing President Mohamed Abdullahi Farmajo for his good work during his tenure and for accepting the election results.

He particularly commended all Somalis, including members of parliament who presented fair elections, the Somali security forces, and the African Union Mission in Somalia (ATMIS) for ensuring the security of the entire electoral process.

He reiterated the AU’s continued support for Somalia and called on the new TFG leadership to strengthen democracy, national reconciliation, peace, and stability in the country. 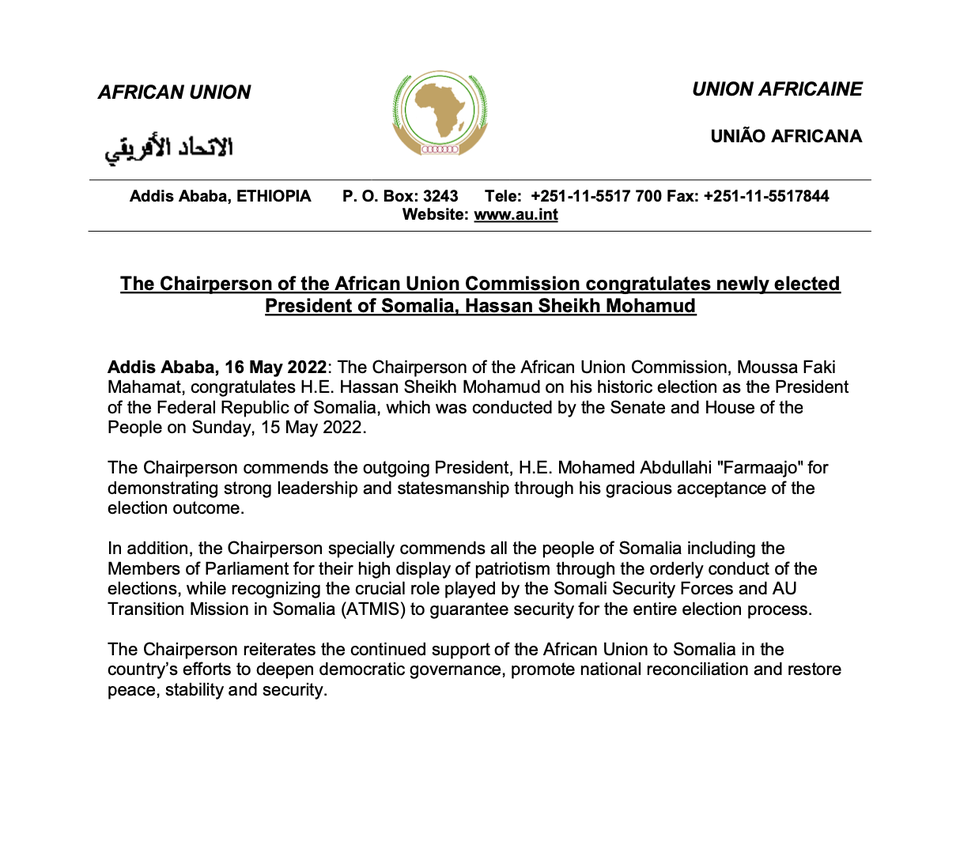